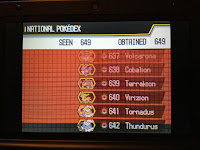 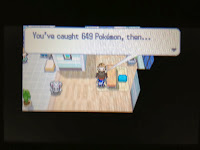 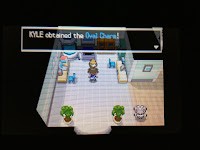 It was a race to the finish as the countdown to X and Y's release closed in. I was literally making my way to N's castle and then to Dragonspiral Tower while I was waiting for midnight in the parking lot in front of GameStop! 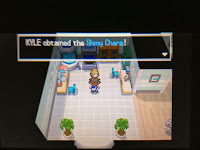 In Black 2, as soon as I became the Champion, I went straight to the Nacrene museum to get my cover fossil and revive Tirtouga. I dropped him off at the daycare and started working my way to Zekrom. It felt like it took forever but I finally found Zoroark in Victory Road and chased him to N's Castle. I met up with N and we battled. My Haxorus and Krookodile didn't have much trouble taking out Zekrom. N gave me the black stone and I left for Icirrus City and got to the top of Dragonspiral Tower. I battled with Zekrom again and this time, Espeon's Yawn put him to sleep after Haxorus brought his health down with Dragon Claw and False Swipe. I caught him with an Ultra ball. All that was left was to pick up and evolve Tirtouga. I gave him the experience share and worked on him until he finally turned into Carracosta. I traded them over to white 2 and brought Carracosta to the daycare and left him with the Ditto that was still there from all the other eggs I've been making. It didn't take too long to hatch the egg and then go visit Professor Juniper to get my charms! I finished with about 20 minutes to spare before GameStop started letting people in to get their copies of X and Y. I didn't have any time to try shiny hunting with my new Shiny charm (I really want to try and breed some shiny Eevees), but I at least accomplished my goal. Once I am "finished" playing through X and Y, I want to try and pick SoulSilver and White back up to finish them as well. 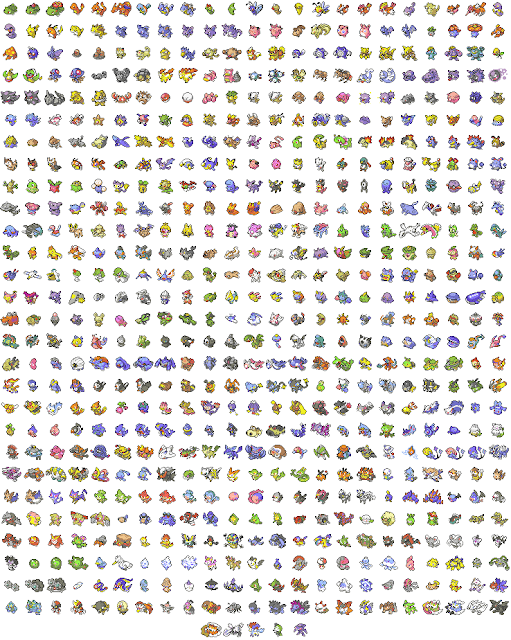 Over the years I have obtained a lot of event Pokémon, most of them in multiples due to having a copy of each game. I used to work at Toys R' Us, so I had perfect opportunities to obtain most of those events and I've been to GameStop for a large number of events as well. I compiled a list of all of the events I currently have.

Unfortunately, I have never obtained a legitimate event Darkrai or Shaymin. The ones I had in Platinum were the ones programmed into the game, but not accessible without receiving an event item. I used an action replay code that allowed me to get the required items and go catch them. Since they are actually there in the game just waiting to be captured, I don't consider them to be hacks, just not obtained legitimately. I will be on the lookout for real event versions of them in the global trade station, especially if they turn out to be unable to transfer to Pokémon Bank, but until then, I will continue to use them to complete my Pokédex. For anyone interested in what it's like to catch Shaymin and Darkrai using those event items, see below.

UPDATE: I got on the trade forums at Serebii.net and found someone that had both Darkrai and Shaymin they were willing to trade. I traded a couple of extra event Pokémon I had multiples of and now I have a legitimate Shaymin and Darkrai for my living Pokédex! 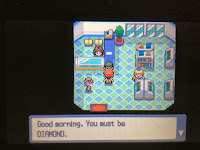 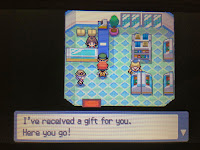 The action replay codes I used trigger the delivery man the same way an event download does. He shows up at the shop and gives you whichever item you use the code for. The event items include Oak's Letter (for catching Shaymin), the Azure Flute (for catching Arceus), the Member Pass (for catching Darkrai), and the Manaphy Egg (for hatching Manaphy). The Manaphy Egg is actually obtainable without an event, but it requires you to complete the story in the original Pokemon Ranger game and connect to Pokemon Diamond/Pearl/Platinum. I witnessed this when my brother beat Pokemon Ranger and transferred his egg to his Diamond. Once you have received the event item, you still have some work to do to before you get the matching pokemon. Manaphy requires you to hatch the egg like any other egg you receive from the daycare couple, but Arceus, Darkrai and Shaymin each have special locations in the game that you have to reach.

If you've ever taken the alternate path inside of Victory Road and made it to Route 224, you've probably found it to be a dead end with a big White Rock that seems to do nothing. If you arrive with Oak's Letter in hand, Professor Oak will be standing there. When you talk to him, the whole place will be transformed. Grass and Flowers cover everything and a VERY LONG path will open just behind the White Rock. The long path is called the Seabreak Path and it leads to the Flower Paradise, where Shaymin is. Shaymin is level 30. 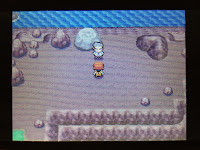 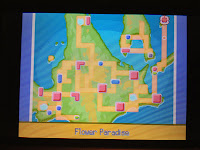 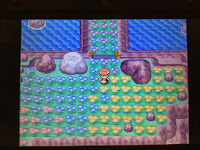 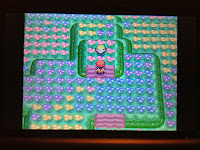 After catching/battling Shaymin, the Flower Paradise and Seabreak Path disappear and Route 224 goes back to normal.

Canalave City, the port town where the little boy is trapped in a nightmare and needs the Lunar Wing to wake, is also the home of Darkrai. The northeastern-most  house with the door that is "tightly shut" and "appears impossible to open" can only be opened when you have the Member Pass. There is a weird man inside that talks you into taking a nap. 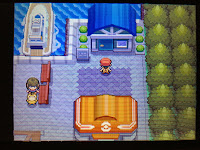 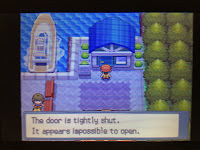 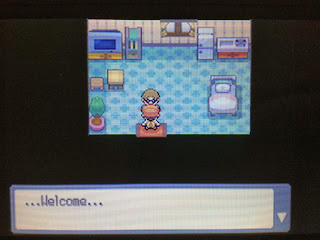 When you "wake up", you are warped to mysterious island known as Newmoon Island. I'm not sure why there is a boat parked next to the island; you never get on it. Just like with Cresselia at Fullmoon Island, the only thing on the island is an opening that leads to a small cave/forest where Darkrai is waiting. 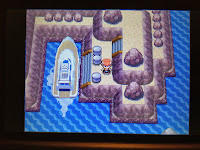 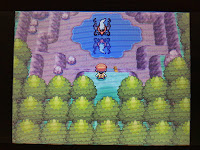 Darkrai is level 40 in Diamond/Pearl and level 50 in Platinum. After you catch/battle it, you are warped back to the strange house in Canalave City and you wake up in the bed. The weird man is gone and once you step outside the house, the sailor that takes you to Iron Island and Fullmoon Island walks by and talks to you. Then the house goes back to being locked. 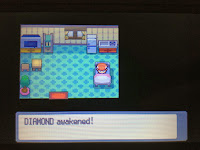 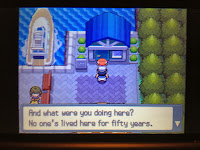 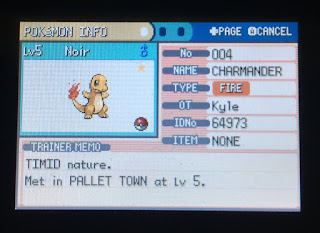